It’s tax season again, so I’m reposting this article about the complex universe of drop shipping and taxes. Good luck with your filings!

I’ve written a lot about the fact that drop shipping isn’t just another distribution method. It’s a new way of doing business that has unique operational and logistical challenges. The scale of data exchange and communication required to keep track of customer orders, inventory, and invoices is much greater and more complex than a traditional retail supply chain.

For drop shipping operations to maximize efficiency and profitability, fundamental changes must be made to traditional trading partner relationships as well as B2B communication technologies.

This includes the collection and payment of sales taxes.

For traditional brick-and-mortar retailers, the tax regulations are straightforward. Retailers are (generally) required to collect state sales tax from customers making purchases in their stores.

With drop shipping, however, the situation is much more complex. A retailer in one state might forward an order to a supplier in another state, who then ships the item to a customer in a third state. With two separate sales among three parties in three different states, which party is responsible for collecting and paying sales taxes on the products sold? And to which states are they owed?

The answer revolves around the concept of nexus.

Nexus is, broadly, the connection between a seller and a state that triggers a sales tax obligation. It used to only refer to a business having employees, inventory, or property in the state in question.

The exact definitions and requirements for nexus and drop shipping differ from state to state.

Additionally, since the June 21, 2018 Supreme Court decision in South Dakota v. Wayfair, Inc., nexus has been broadened to include out of state companies that reach a certain threshold of sales revenue or order volume in a state. Again, the exact requirements vary from state to state. For South Dakota the threshold is 200 or more shipments into the state or exceeding $100,000 in revenue.

The following three simplified scenarios — based on the nexus status of trading partners in the state in which the sale occurs — serve to highlight the complexity of the tax situation for drop shipping.

Neither the retailer nor the supplier have nexus.

The retailer has nexus but the supplier does not.

The supplier has nexus but the retailer does not.

Every state has its own tax laws and regulations related to drop shipping that are constantly changed and updated. There are widely different definitions of what constitutes nexus as well as what manner of documentation or resale certificate is acceptable. Some states accept resale documentation from outside states while others, such as California, do not. Additionally individual districts and localities often levy their own taxes on drop shipments.

This situation is further complicated by third-party fulfillment companies. Fulfillment by Amazon, for example, shifts seller inventory around the country between its various fulfillment centers. This movement can be significant. For example, one study found that 90 percent of FBA sellers have had inventory pass through 14 states. Many of these movements likely trigger nexus.

States are paying much more attention to drop shipping, which they see as low hanging fruit for taxation, as the complex tax laws mean that mistakes will be made and states can benefit from those mistakes by auditing and fining offending firms.

More and more drop shipping suppliers are suddenly facing audits and hefty fines. In response, they have begun requiring retailers to either pay sales tax or present valid resale certificates or other documentation. Unfortunately, the type of documentation required varies by state and is sometimes difficult and costly to acquire.

All of this can lead to much friction and frustration between trading partners, as well as mistakes in terms of which party is responsible for collecting sales tax. Sometimes both the retailer and supplier end up collecting tax when it’s not required. Sometimes neither collect tax when it is.

Which Party Is Responsible?

The following are some of the key factors and questions that go into determining which trading partner owes which taxes to which states on which drop shipped products.

To comply with this complex tangle of regulations and tax information, drop shipping suppliers and retailers can’t continue to treat one another as separate entities that are individually responsible for keeping up with their own tax responsibilities.

Instead, they should realize that the particular geographic and financial circumstances of each trading partner in the drop shipping equation influences the tax liabilities of everyone else — including customers. This means that suppliers and retailers should share know-how, time, and data to ensure tax laws and regulations are being properly followed.

Without such a high level of integration and cooperation between retailers and suppliers, drop shippers are opening themselves up to tension, confusion, mistakes, double taxation, and hefty penalties.

As with everything else in drop shipping, therefore, partnership is the only way to safely navigate these waters. 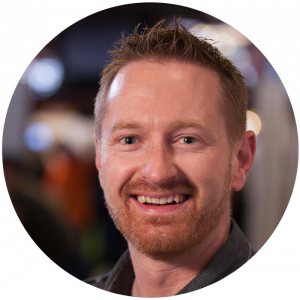 Jeremy Hanks is the Founder & Executive Chairman of Dsco (www.dsco.io), a distributed inventory network & supply chain intelligence platform. Previously, in 2002 he founded Doba (www.doba.com), an ecommerce drop shipping virtual distributor; and in 1998 GearTrade (www.geartrade.com), a marketplace for used, closeout and distressed inventory. In their own way, each company was centered on the sharing of data between retailers and brands so that they can more effectively match supply to demand and reduce inventory distortion. Based on his entrepreneurial arc over 20 years and across 3 companies, Jeremy has a unique perspective on the need to adapt and evolve the supply chain. He grew up on a Southern Idaho dairy farm, came to Utah 25 yrs ago for college, and stayed to live Life Elevated.